“Kick Off Conference” is one of the most important activities regarding the newest project in Albania, covering the area of ​​Lezha and Kurbin, which was organized in the Conference Room at Hotel “Rozafa”, Shkodra on 19th September 2019. The project “Your Job” was presented by Caritas Albania in cooperation with Caritas Austria and funded by the Austrian Development Agency, attended by about 100 people. This project aims to train youth by supporting them with different training but also with vocational courses, all based on the interest expressed by the young people themselves. 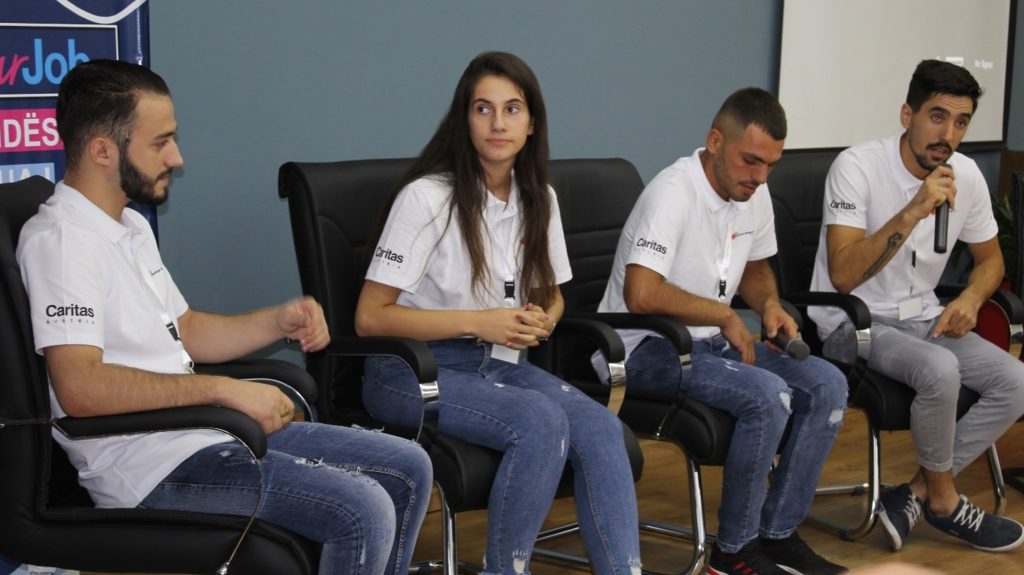 In Albania, 500 young people from Lezha and Kurbin will have the chance to benefit from this project. “Your Job” project is dedicated to young people who are widely regarded as the future but are actually the present, as a large part of them also support the family by bringing in economic income.

Youth unemployment remains a major scourge in Albania, but also this situation is seen throughout the Balkans, countries where this project is being implemented at the same time as Albania, including the Bosnia & Herzegovina, Serbia and Kosovo. The event was attended by representatives from all the above-mentioned countries, who also made presentations on the situation and work being done with young people in their respective countries. Part of the Conference was a series of TVs as: Star Plus TV, Ora News TV, Rozafa TV as well as web site articles about the project that was presented this day.

The opening speech was by His Excellency Lord Angelo Massafra who said: “I have a call for youth people, beware of any escape, you have an obligation to be part of the development of your country.” He also added the speech of Pope Francesco, who said: “At first there is a need to put pressure on opportunities. So the youth itself must raise its voice and increase the pressure on society to enable the creation of spaces and opportunities”. 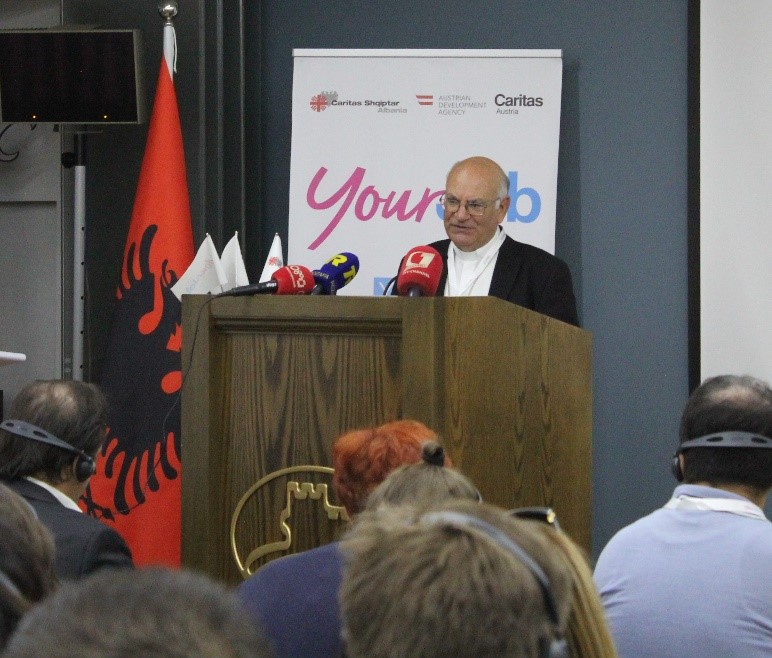 Representative Mr. Helmut Rauth, who is managing director at Caritas Austria, said, inter alia: “The common challenges we have in terms of youth poverty and unemployment must all be tackled together, we must all contribute”.

Representative Mrs. Simone Undersbӧck, who heads the Austrian Development Agency in Tirana, said: “Albania has always been important to us, so our focus since 1993 has been focused on the following areas: (1) governance and the state of law, (2) water management and (3) education and employment”.