The Strength and Importance of Counseling in Starting a Successful Career

The Strength and Importance of Counseling in Starting a Successful Career 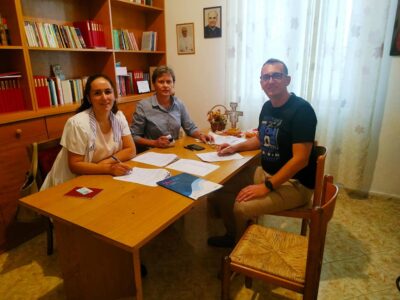 Career counseling is one of the key points for a successful future. Many young people without an idea of their education and future have turned to YourJob offices to find support. YourJob staff, with a lot of professionalism, has been close to many young people, orienting them based on their skills and the demands of the labor market. Marjana is one of them.

Marjana was born in Shkoder, on 02.01.1996 and she actually lives in Grude e Re, a village in the outskirts of the city of Shkoder. Marjana is now 24 years old, she is married and has two children. She lives in a private house with her husband and their two children, aged 4 and 2. Marjana has studied for 17 years. She has a Master degree in Primary Education, from the University of Shkoder. She has tried to work in various positions, mainly in her profession as an assistant kindergarten teacher for a short period, animator, catechist, she also had an internship at “Branko Kadia” school. Marjana was unemployed and was looking for a job to help herself and her family.

Marjana’s family was given a bank loan for the house in which they live and they were in difficulty to pay the loan instalments, as their only income was Marjana’s husband’s salary and it was not sufficient for a family of four. Initially she attended the info-sessions carried out by the YourJob staff. Then Marjana addressed the YourJob offices expressing her interest for an internship, because due to the pandemic she could not find a stable job. Marjana wished to work in her profession as kindergarten teacher. Assisted by the YourJob project and its staff members she could have a 6-monthes internship. Actually, after finishing the internship, Marjana works as a kindergarten teacher, with an indefinite employment contract.