THERE ARE NO LIMITED ABILITIES, BUT LIMITED OPPORTUNITIES

THERE ARE NO LIMITED ABILITIES, BUT LIMITED OPPORTUNITIES 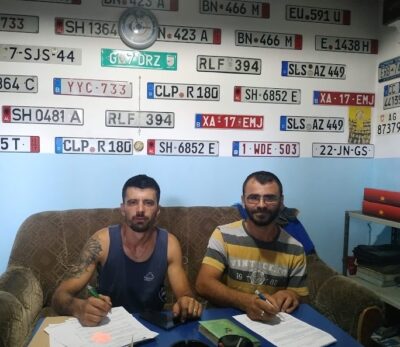 Xhuljan Ndreka lives in a village of Shkodra. He had a car accident when he was 8 years old and as a result, he was in coma for 7 weeks. The accident had consequences both in his physical and mental health.

With many sacrifices Xhuljan managed to complete his secondary vocational education as a Secondary Hydraulics Technician. He has not practiced his profession; he just has some various short work experiences. He has also emigrated abroad for a short period, where he could not integrate and returned in his country.

From the continuous contacts of the Guidance Counselor of Shkodra with the priest of the area where Xhuljan lives, he became part of the info sessions organized in the framework of the YourJob program.

Taking into consideration the social-economic situation of Xhuljan and his will to be active in the YourJob program, it was mediated for an Internship of Xhuljan in a local business: a car service in the area where he lives. He assists with various tasks in the workplace, suitable for his physical and mental condition.